The Guardian's 1000 Novels Everyone Must Read

Of the Guardian's 1000 novels everyone must read, I have read a somewhat depressing 53. The list is broken up by genre. No surprises: my weakest genre was comedy, my strongest love. Life is very short and the canon grows faster than one can read. Comment with how many you've read. Winner wins a book from the list. 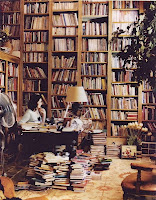 The Wind in the Willows by Kenneth Grahame
Cakes and Ale - Or, the Skeleton in the Cupboard by W Somerset Maugham
Thank You Jeeves by PG Wodehouse
A Study in Scarlet by Arthur Conan Doyle
The Hound of the Baskervilles by Arthur Conan DoyleThe Ministry of Fear by Graham Greene
A Time to Kill by John Grisham
The King of Torts by John Grisham
Cover Her Face by PD James
A Taste for Death by PD James
To Kill a Mockingbird by Harper Lee
Great Expectations by Charles Dickens
The Vicar of Wakefield by Oliver Goldsmith
The Old Man and the Sea by Ernest Hemingway
Sense and Sensibility by Jane Austen
Pride and Prejudice by Jane Austen
Persuasion by Jane Austen
Jane Eyre by Charlotte Bronte
Wuthering Heights by Emily Bronte
Possession by AS Byatt
The Mill on the Floss by George Eliot
The Great Gatsby by F Scott Fitzgerald
The Good Soldier by Ford Madox Ford
The French Lieutenant's Woman by John Fowles
The End of the Affair by Graham Greene
Far From the Madding Crowd by Thomas Hardy
Jude the Obscure by Thomas Hardy
Tess of the D'Urbervilles by Thomas Hardy
The Woodlanders by Thomas Hardy
The Scarlet Letter by Nathaniel Hawthorne
A Farewell to Arms by Ernest Hemingway
The Remains of the Day by Kazuo Ishiguro
Love in the Time of Cholera by Gabriel Garcia Marquez
Of Human Bondage by Somerset Maugham
Atonement by Ian McEwan
I Capture the Castle by Dodie Smith
Jonathan Strange & Mr Norrell by Susanna Clarke
House of Leaves by Mark Danielewski
Earthsea by Ursula Le Guin
The Chronicles of Narnia by CS Lewis
Nineteen Eighty-Four by George Orwell
Harry Potter and the Philosopher's Stone by JK Rowling
The Hobbit by JRR Tolkien
The Lord of the Rings by JRR Tolkien
Things Fall Apart by Chinua Achebe
Oliver Twist by Charles Dickens
The Mayor of Casterbridge by Thomas Hardy
Animal Farm by George Orwell
The Adventures of Tom Sawyer by Mark Twain Robinson Crusoe by Daniel Defoe
One Hundred Years of Solitude by Gabriel Garcia Marquez
The Adventures of Huckleberry Finn by Mark Twain
- May 05, 2012